The I’m Not a Look-Alike project is the brainchild of Francois Brunelle, who has spent 12 years tracking down people with eerily similar features.

Francois, 62, from Montréal, has flown around the world in search of doppelgangers to shoot in black and white.

And amazingly, it was British comedy character Mr Bean that inspired the whole idea.

Francois explains: “I was inspired by 2 things: First I used to see look-alikes all over since a very long time. Second, my own likeness with TV character Mr Bean.” 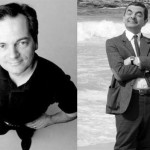 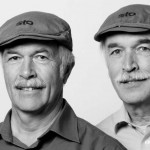